This week’s project is sponsored by isolation and inability to get supplies for any other idea from my list, but also by some great friends who’ve sent me a care package which, among other things, contained a balloon animals kit. Balloon animals are really fun to make, you twist and turn balloons and manipulate them into the shapes you want. It’s actually kinda incredible how forgiving they are and how much torture they can handle. But that being said, this project has claimed many victims. At least 10 balloons popped during making all of this.

This is a hobby that’s really easy to get into. Basically, all you need are balloons (pump is a bonus but it is helpful and luckily it came with the kit I got). Tutorials are readily available on the interwebz. I especially liked tutorials by Gustavo GG. There is a lot of beginner-friendly models but also some more complex ones. I mostly made easy ones. I have tried some of the harder ones but with no luck. I suspect that was maybe because the balloons I have are different than the standard “260” balloons used by professionals. But, as the old saying goes – Only poor craftsmen blame their tools. I’m sure that more experienced people could make more complex models with these balloons too, but because I’m a beginner, I haven’t had much luck. I still have 10 balloons left so I might use them to try to make harder stuff.

In conclusion – If I ever get stuck at a kids birthday party I have a nice and simple party trick to entertain them. As long as there are balloons there 😀

There’s really not much to tell here. Mostly because I’m a beginner and have learned only a couple of simple techniques. So here are a couple of tips and tricks that helped me: 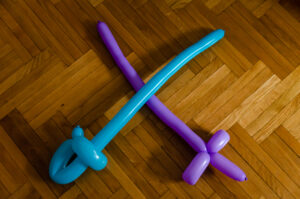 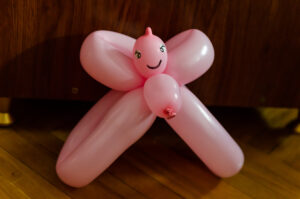 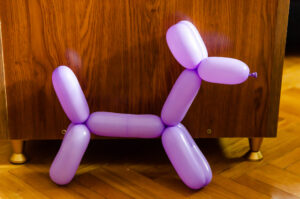 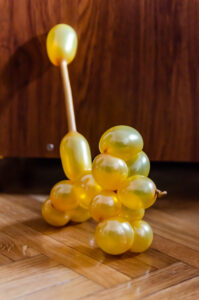 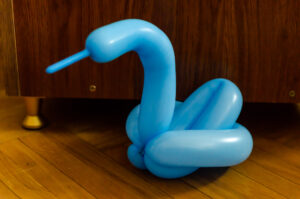 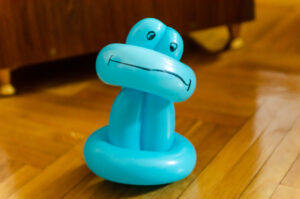 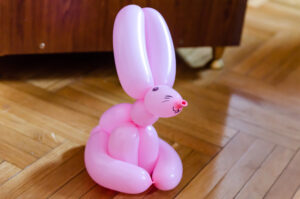 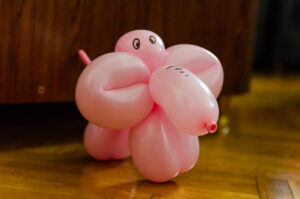 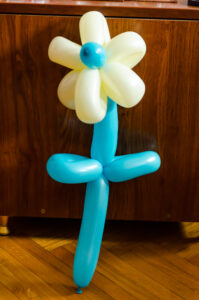