Drawing is one of those things where people think you’re either talented for it or you’re not. If that were the case, I would definitely fall into the latter category. But, even though I believe there is talent, I believe in learning and practice even more. This week’s project is just a small-scale experiment. How much can I improve in drawing in a week? To be more precise, how much can I improve after an 11-hour drawing course. My starting point is very low. I never really practiced drawing because I didn’t have the knack for it. At least, that was the excuse when I was younger. I was always telling myself “I wish I knew how to draw”, but never done anything about it. Of course, after learning many things I never knew how to do, I came to the logical conclusion that drawing, like almost anything, can be learned. The problem now is that I know it takes a lot of time and practice and I’m not ready to commit to it right now. I think that the belief you have to be talented comes from the fact that drawing requires a huge amount of work before you see any decent result. So people just try it for a bit and when it’s not great they just give up before giving it enough time to improve it. This is not the case with a lot of stuff I did in this challenge. Let’s take Japanese bookbinding as an example. Sure, there are levels of skill there, and some things are extremely difficult to do right, but you can get a decent result just from a couple of tutorials and a couple of tries. Drawing is also such a huge area and it can be overwhelming. You don’t even know where to start learning. And there are so many small tricks and techniques that make a huge difference, but if you don’t have anyone to show them to you, chances are you won’t find them.

This week could’ve been very easy. To fulfill the conditions of the project, I could’ve drawn a stick figure and called it a day. I could’ve copied something and that would technically be it. But, I decided to turn this project into a challenge in itself. I didn’t think that I can become a crazy good drawer in a week, but I believed that I can make significant progress. Did I succeed? You be the judge, but in my humble opinion, I think I did learn a lot. Unfortunately, I don’t have examples to show how bad I was, but I am much better now. You’ll have to trust me on that one. The “before” picture looks better than what my real capabilities were at that moment because I was following a step-by-step guide on how to draw the eye. I am still just at the beginning of the road, but the important thing is that I started it.

It was interesting to me how I have no problem buying tools and materials for any of the other projects, but for this one, I was hesitant to buy a course. In this day and age, you can find most of what you need online for free. But if you want something structured and detailed, you probably need to find a paid course. This doesn’t mean every paid course is good, just that the good ones are usually paid. I picked this drawing course from Udemy because it seemed okay, it was cheap and it was 11 hours long which is how much I had time for this week. The course goes through the basics like shapes, forms, values, perspective, and more, and that is just what I needed now. The basics are the most important thing everywhere so I had to start there.

There is not much else to say here. I went through the course, followed along and practiced a bit and after that, I drew the final picture. I will say one thing, I wish I had more time to practice on my own because realistically, just following the course is not enough for real results. You need to practice everything you learn so you can master that knowledge. 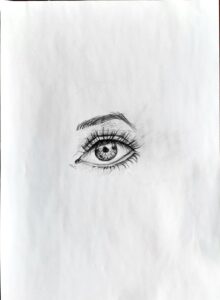 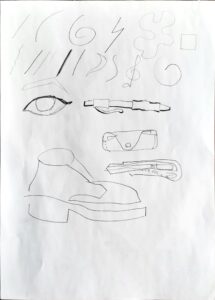 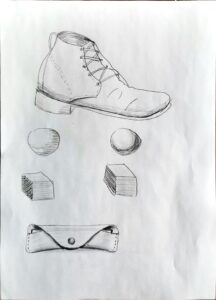 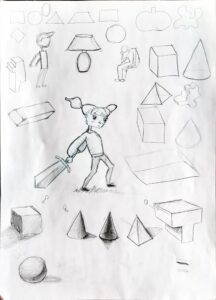 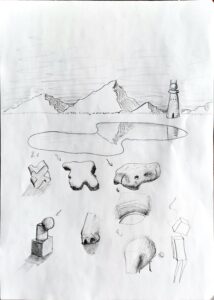 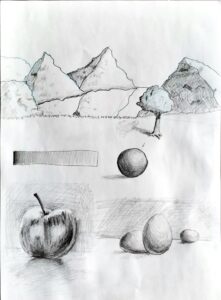 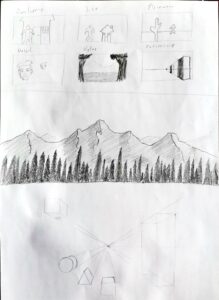 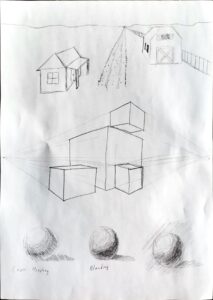 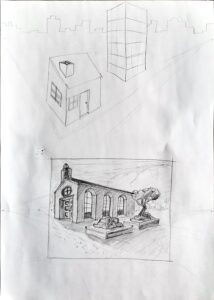 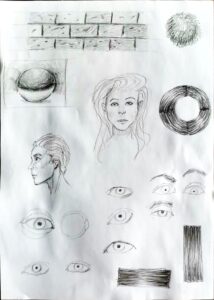 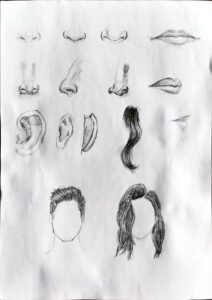 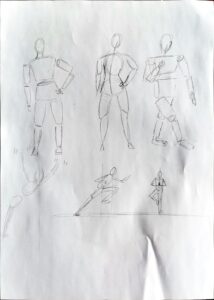 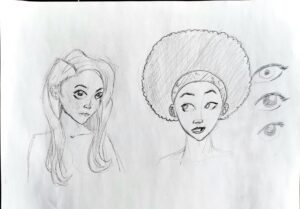 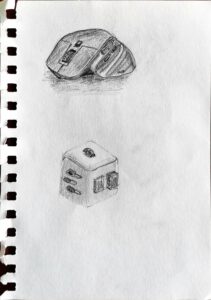 Everything I drew throughout the week